Primary legislation in the EU system refers to treaties. Types of treaties include those establishing the EU (the Founding Treaties plus amendments), Accession Treaties, conventions between member states and treaties between the EU and third parties. The full text of these treaties as well as consolidated versions incorporating amendments at various points in time can be found at the Eur-Lex website.

The following founding and amending treaties are among the most important:

The Treaty of Rome (1957) is somewhat analogous to our federal Constitution in that it creates the EU institutions and defines EU objectives. It also provides the basis and authority for EU legislation. The Rome Treaty is premised on the idea of a regional government of limited or derived powers. The Treaty of Lisbon significantly amended the EU's two core treaties, the Rome Treaty (EC Treaty) and the Maastrict Treaty (TEU). The Rome Treaty has been renamed the Treaty on the Functioning of the European Union (TFEU). The following chart provides a useful summary of the main features of each treaty. 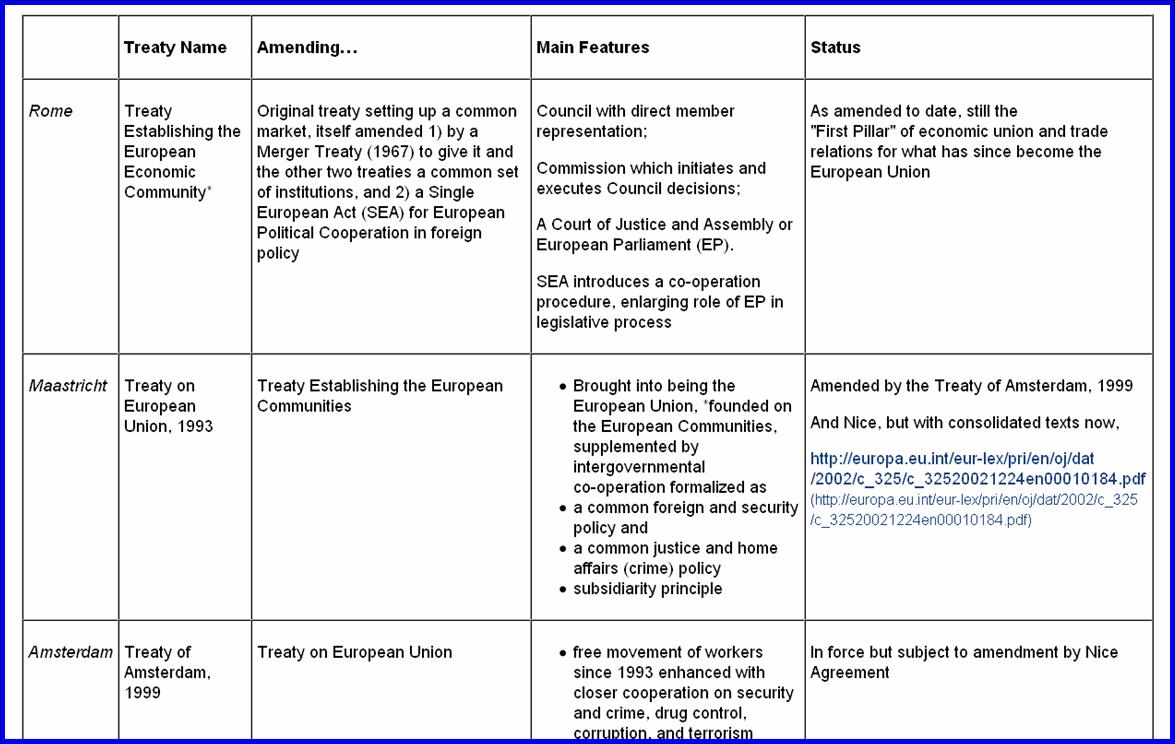 From Raisch, Marilyn, European Union Law: an Integrated Guide to Electronic and Print Research (May, 2007).

Secondary (or ordinary) legislation in the EU system (not to be confused with secondary sources) include the following:

In addition, the researcher should be aware of communications or nonlegislative acts like decisions and recommendations. Decisions are binding only on those to whom they are addressed. Recommendations include notices and guidelines which are not binding. Such nonbinding communications may be useful in terms of interpreting binding legislation. 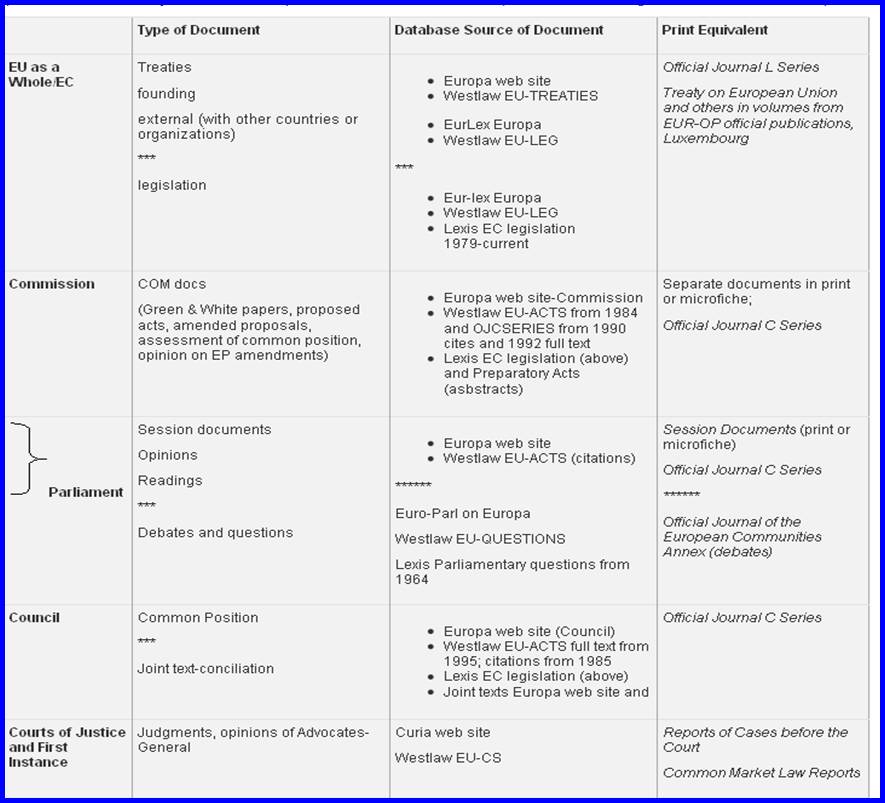