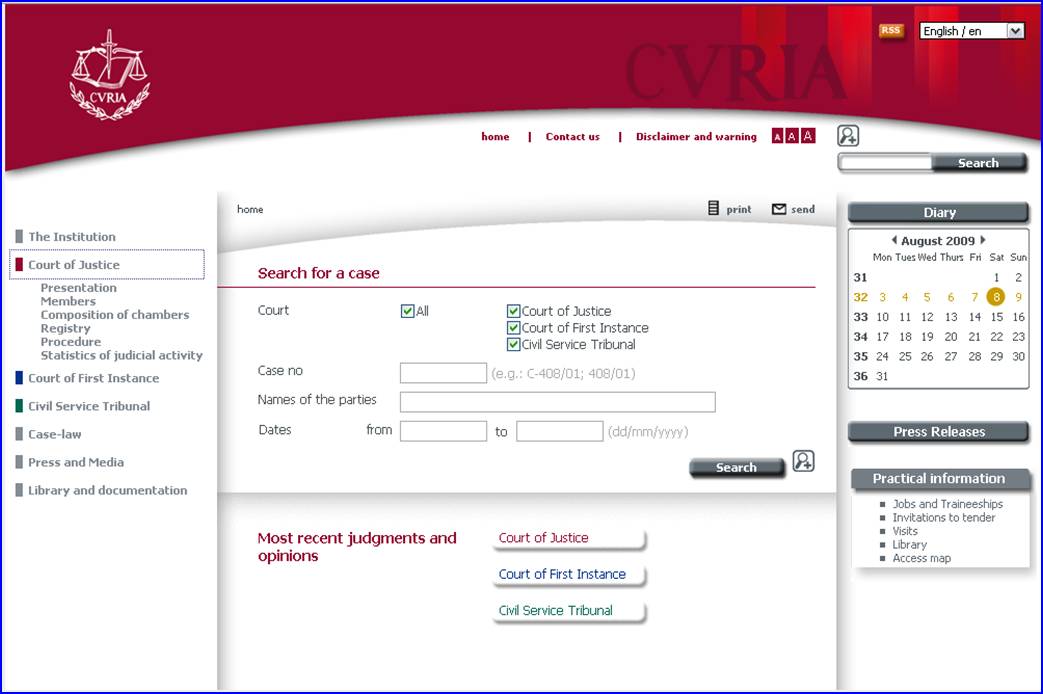 EU case law is available electronically in many other places, including the Curia website, Westlaw (EU-CS database), Lexis (Legal > Area of Law - By Topic > International Law > Find Cases > Eur-Lex European Union Cases) and Eur-Lex. Coverage is from 1954 to present.

Note that the Court of Justice has an "Advocate-General". The Advocate-General reads the parties' filings and writes an opinion, which is frequently more detailed than the Court's own opinion. The Advocate General opinions are published together with the Court opinions in the official reports. Such opinions may be more readily available via Curia or Eur-Lex than via Westlaw or Lexis according to Hoffman & Rumsey, International and Foreign Legal Research: A Coursebook (Martinus Nijhoff Publishers 2008) at 187 K85 .H64 2008.