In contrast to the EU, NAFTA brought about the elimination of economic boundaries only, not political & economic integration. Folsom, Ralph Haughwout.NAFTA and Free Trade in the Americas in a Nutshell. 3rd ed. (St. Paul, Minn: Thomson/West, 2008). KDZ944 .F653 2008.

Free trade in North America started with the Canada U.S. Free Trade Agreement 1989 (CFTA). Prior to CFTA, GATT was an alternative to free trade through the Tokyo Round of negotiations (1973-1979). The Tokyo Round attempted to reduce nontariff trade barriers for the first time. Problems arose at the Uruguay Round which prompted Canada and the U.S. to negotiate free trade on their own. NAFTA arrived in 1994 and traces many of its provisions to CFTA.

NAFTA affords a range of dispute settlement procedures. Chapter 19 concerns anti-dumping and countervailing duty disputes. Chapter 20 creates general intergovernmental dispute resolution procedures that apply unless there are more specific provisions in the agreement (i.e. Chapter 11  investor state arbitration). Private parties do not participate in Ch. 20 dispute settlement. The United States Trade Representative (USTR) however allows interested persons an opportunity to comment on Chapter 20 proceedings. Each member state has the right to elect between NAFTA or WTO dispute settlement. Under chapter 11 of NAFTA, private party investors may seek arbitration of a dispute with a state party.

NAFTA provides for the use of binational panels as a substitute for national judicial review of administrative determinations. The NAFTA Secretariat website provides access to NAFTA panel decisions under Chapters 19 and 20 but not Chapter 11 private investor disputes. 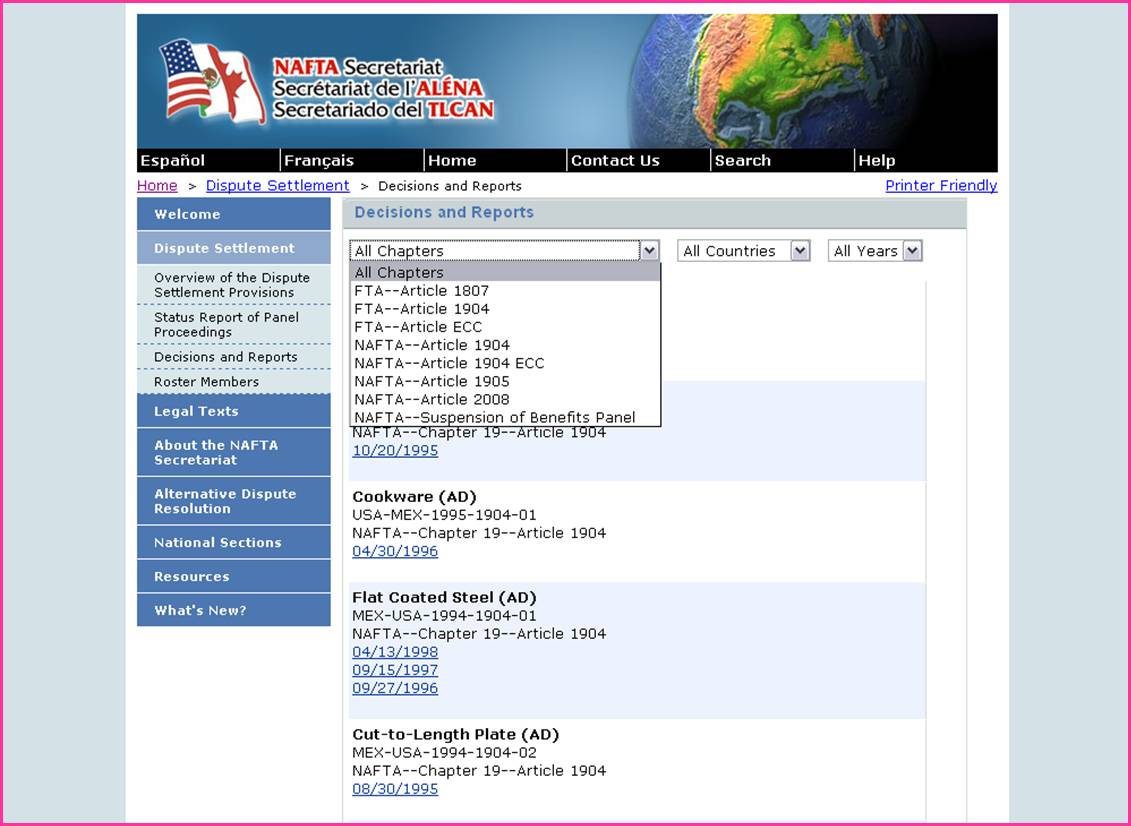 Under Chapter 11, a NAFTA claim is a legal complaint submitted by a NAFTA Investor who has suffered loss by reason of a breach of certain NAFTA provisions by a NAFTA Party according to the NAFTAClaims website described further below. The claim is heard by an international tribunal, normally composed of three members appointed by the Investor and the NAFTA Party being sued. Tribunals are formed under the Investor’s choice of commercial arbitration rules i.e. the ICSID or UNCITRAL rules.

NAFTA Tribunals are not permitted to recommend that a government change its laws, regulations or policies, in contrast to World Trade Organization (“WTO”) panels which must determine if governments have breached their obligations under the WTO Agreement. Another primary distinction between a NAFTA Claim and a WTO dispute is that a NAFTA Claim may be brought by an affected private investor itself, whereas WTO disputes can only be initiated by governments against other governments. 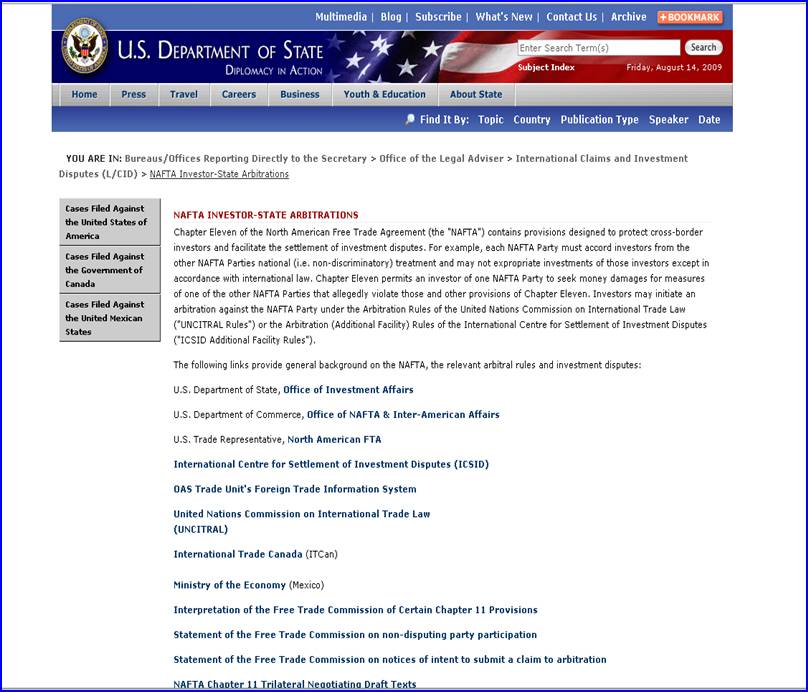