Like scholarly teachings, judicial decisions are also listed under Article 38 of the Statute of the International Court of Justice as a "subsidiary means" for determining the rules of law. Thus, they are considered secondary sources in the international legal system as indicated in the chart of the sources of law. They are therefore not binding, but persuasive authority.

The published decisions or awards of tribunals (including courts, arbitral bodies, or special commissions), even though often lacking effective sanctions or other means of enforcement are important as evidence of international practice, as a source of treaty interpretation or as defining customary law or the general law of nations. Cohen, Berring and Olson, How to Find the Law at p. 486. KF240 .C538 1989 Note that these decisions have no binding force except between the parties as to the particular case. There is no principle of stare decisis or binding precedent; however, international jurists may use them in a number of ways: to direct and interpret a nation’s own international practice; as persuasive or binding authority in that nation; and as a means of establishing international custom and practice. Williams, John W. Research Tips in International Law, 20 Geo. Wash. J. Int’l & Econ. 1, 9 (1986).

See also the following sections of this LibGuide:

As the judicial organ of the United Nations and only international court with general jurisdiction throughout all countries of the world, the International Court of Justice (ICJ) is the most important international tribunal, although the volume of cases decided by the ICJ is not so great as one might expect given its age. Only about 130 contentious cases have been brought before the ICJ since its inception. The predecessor of the ICJ is the Permanent Court of International Justice.

Under Article 34 of the ICJ Statute, only states may be parties in cases before the ICJ. IGOs or individuals may not be parties in cases before the ICJ. The ICJ may decide contentious cases, where all state parties have agreed to the Court's jurisdiction, or jurisdiction is authorized by treaty providing that disputes arising under the treaty will be deciced by the ICJ or unilateral declaration by all parties accepting the compulsory jurisdiction of the ICJ. In addition, unlike a U.S. court, the ICJ may issue advisory opinions upon request of the U.N. Security Council or General Assembly or specialized agencies as authorized by the General Assembly. 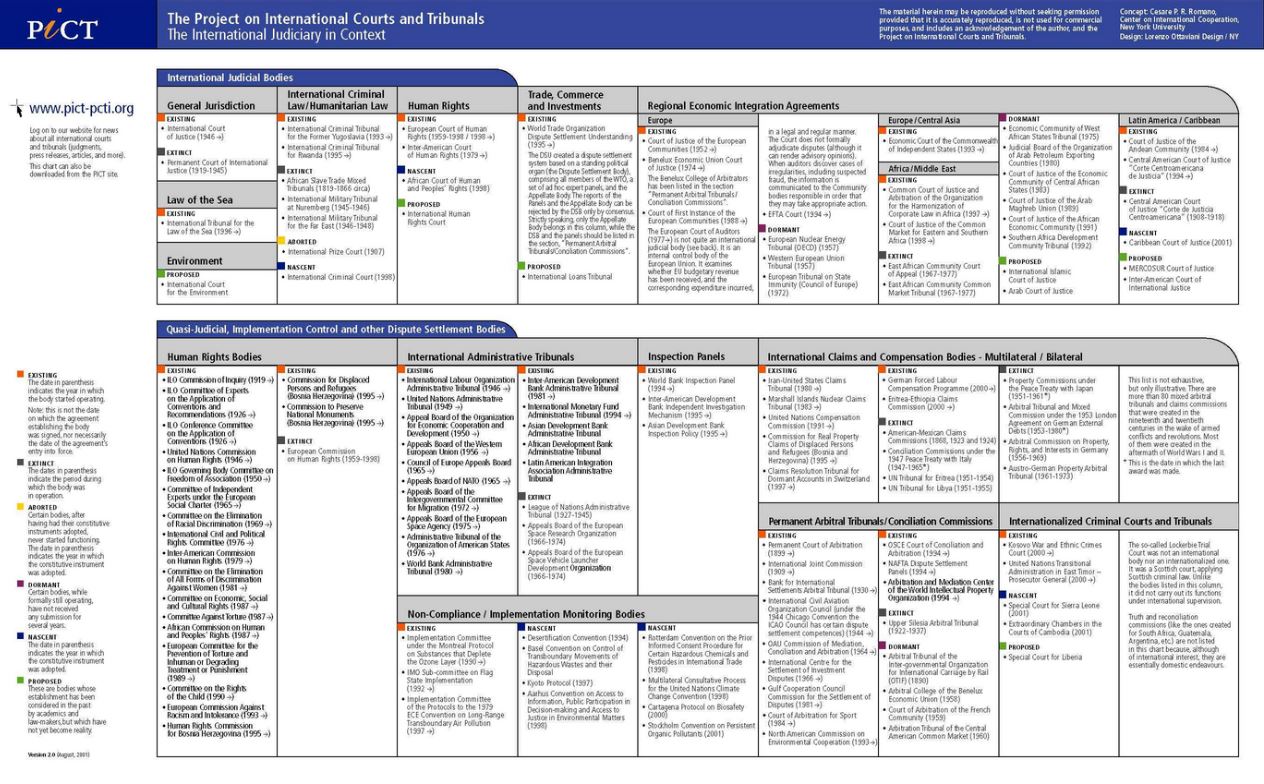 For further information regarding international courts, see iCourts at the Danish National Research Foundation's Centre of Excellence for International Courts and Pluricourts at the Centre for the Study of the Legitimate Roles of the Judiciary in the Global Order.

International Law Reports (ILR) is one of the few sources that contains both cases from international tribunals and relevant domestic case law from foreign jurisdictions in English translation. The Library has earlier ILR volumes 4 through 46 (1973) and continues to receive the latest ILR volumes in print (2005 to current)  KZ199.I58.

Note that case law is not primary authority in civil law countries. Therefore, cases are not reported as in common law jurisdictions. Thus, they may be difficult to locate and are almost never available in english. However, more and more courts in other countries now have websites, where it may be possible to find some case law in the vernacular i.e. Germany. 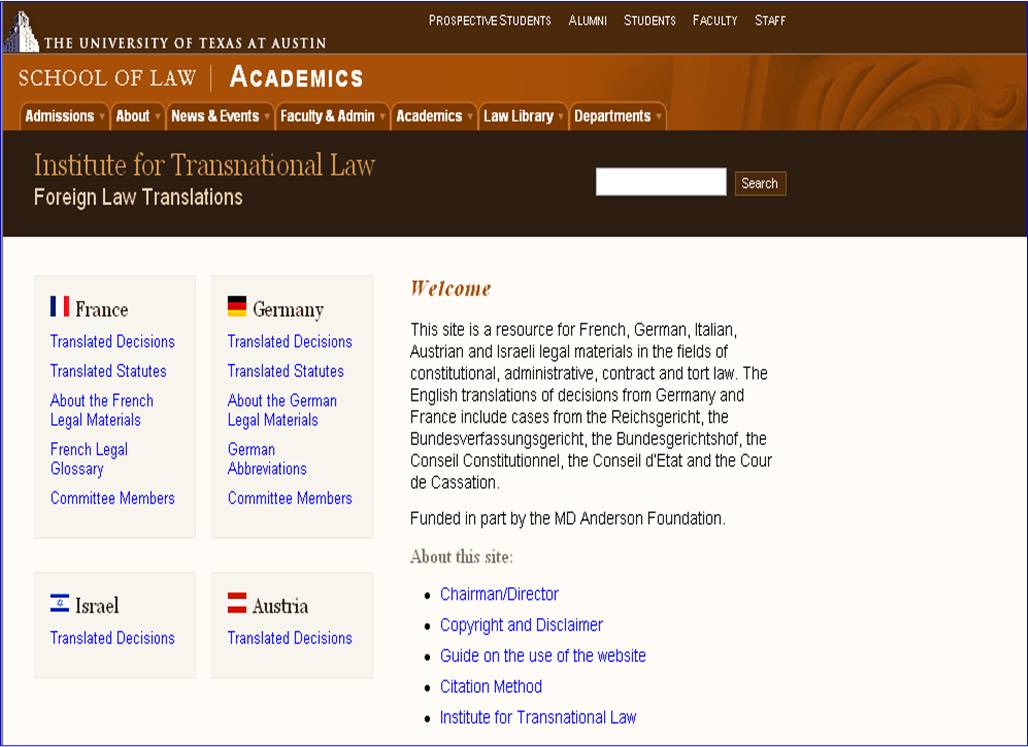 Some websites provide access to translations of decisions from foreign tribunals on selected subjects. The Institute for Transnational Law website at the University of Texas at Austin provides access French, German, Austrian and Israeli legal materials in the fields of constitutional, administrative, contract and tort law.

The ALR International follows the same format as earlier sets of American Law Reports, which are familiar to U.S. legal researchers. Unlike law review articles, in which an author typically interprets case law and takes a particular view or position, an ALR article consists only of case summaries (annotations), like a digest. An ALR article simply presents case law from multiple jurisdictions and organizes it so that the researcher can identify litigation trends. The ALR itself is not considered legal authority, but rather a a case finding tool. Thus, one would use the ALR to find case law, which is primary or secondary authority depending upon the legal system and jurisdiction involved.

The ALR International is available in print KZ199 .A44. The electronic version is also searchable via Westlaw but the full text is not available under the Library's current subscription. 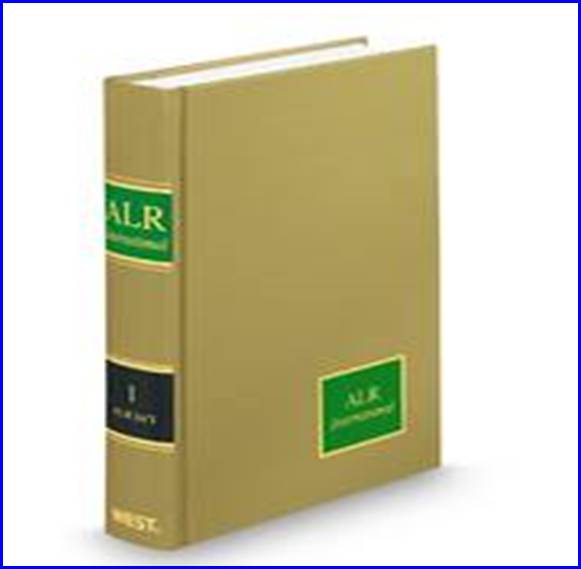 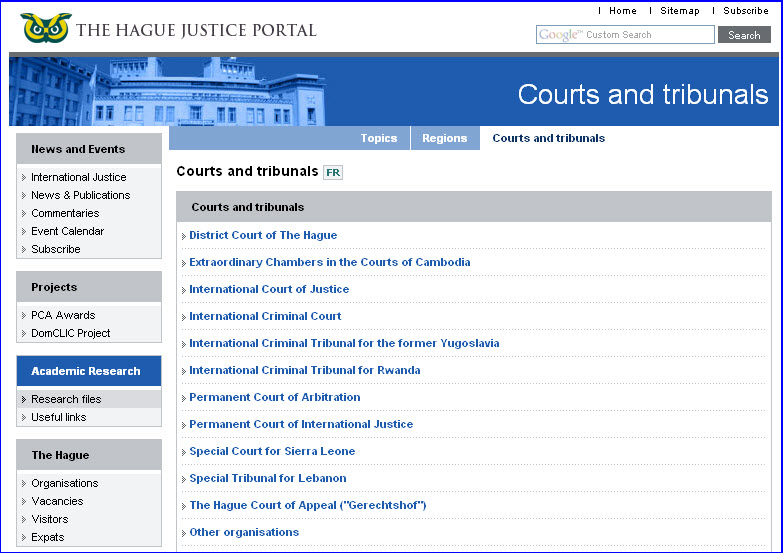