As illustrated at the Juriglobe website at the University of Ottawa, the legal systems of the world are divided into five major “families”. This website also includes an alphabetical index of all countries listed by name and legal system. Former British and U.S. colonies have a common law system. Thus, the U.S. is part of the common law heritage, as indicated in blue.

While the U.S. is steeped in the common law tradition, the civil law system, shown in red, predominates in much of rest of the world. Unlike the common law system, the civil law system looks primarily to statutory law not case law. Court cases are not considered precedent but are binding only on the parties. Another important feature of the civil system is the historical division of legal topics into “private” and “public” law. Private law encompasses family, property, obligations (tort and contracts), succession and commercial law. Public law includes administrative law and constitutional law. Criminal law and civil procedure are borderline areas and treatment differs depending upon the country. This division is important in that it may affect which courts hear which cases. The role of constitutional law in civil law system is more limited than in the U.S. This is a very simplified overview. Germain, Claire M. Germain's Transnational Law Research: a Guide for Attorneys, Transnational Juris Publications, (1991-) §2.06.1.K85 .G47 1991 Reserve

In some ways, the two systems are not so different as they may initially appear. As we know, statutes are an important source of law in the U.S. and “trump” case law in many instances, while case law, even if not binding precedent, still has an important role in civil law courts. Even when courts in the two systems apply different legal concepts or approaches, the ultimate outcome may not always be radically different, which makes comparative legal research so interesting. For further information, see the excellent treatment of this topic in Germain.

Note: as a practical matter, the constitutions and statutory law of foreign countries are more readily available than cases and certainly more available in English translation, than cases. 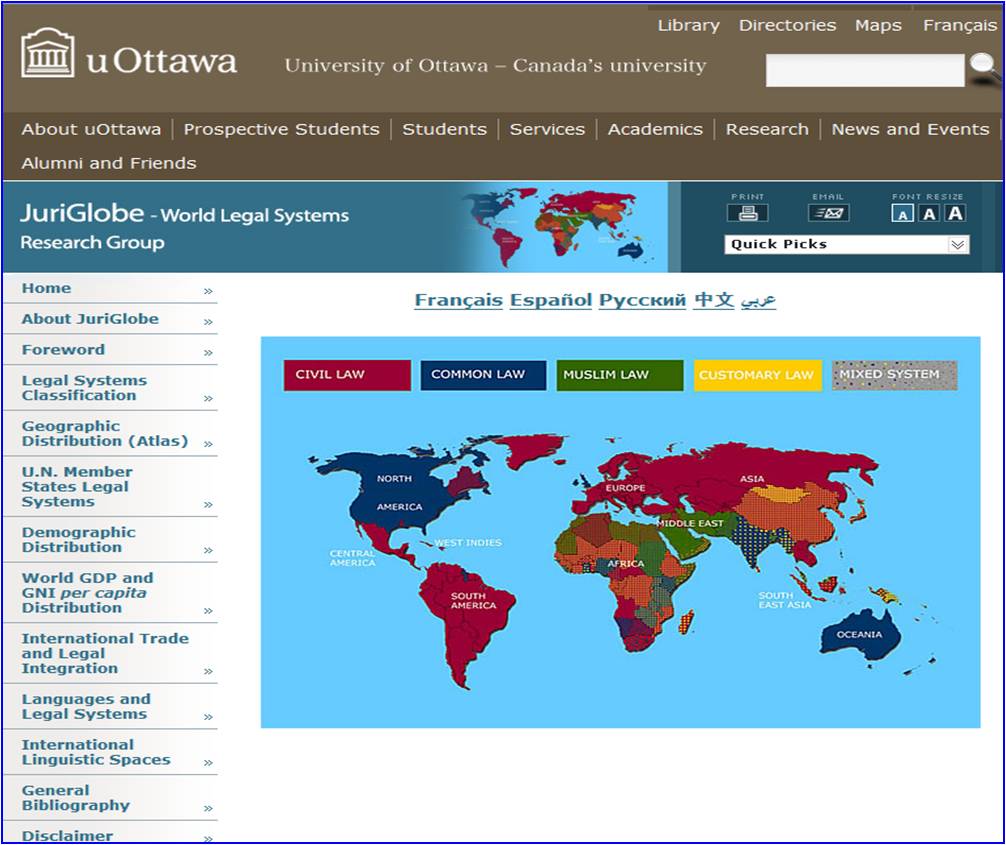 Searching by subject is much easier than searching within the primary law itself. For example, searching for a collection of foreign laws on contracts is much easier than searching within the German Civil Code itself to find the German law of contracts. The Civil Code of a civil law country can cover topics as diverse as family law, torts and contracts (“obligations”). One would have to have some familiarity with the Code in order to navigate it effectively, as well as foreign langauge proficiency (unless one could find a current copy in translation).

Finding a subject collection of foreign laws is a more efficient and easier approach for the nonexpert. Start with secondary sources (i.e. law review articles, treatises) as discussed under Treatises and Law Review Articles to find leads and citations to foreign laws. Law review articles and indexes, can sometimes lead to articles on the law of specific countries and sometimes reprints of a law itself in English translation.

If you have access to subscription databases like the Foreign Law Guide discussed further below, use the FLG's Materials Indexed to find titles of subject collection. Then check library catalogs like the UIC Law catalog and Worldcat to see which libraries own these titles. 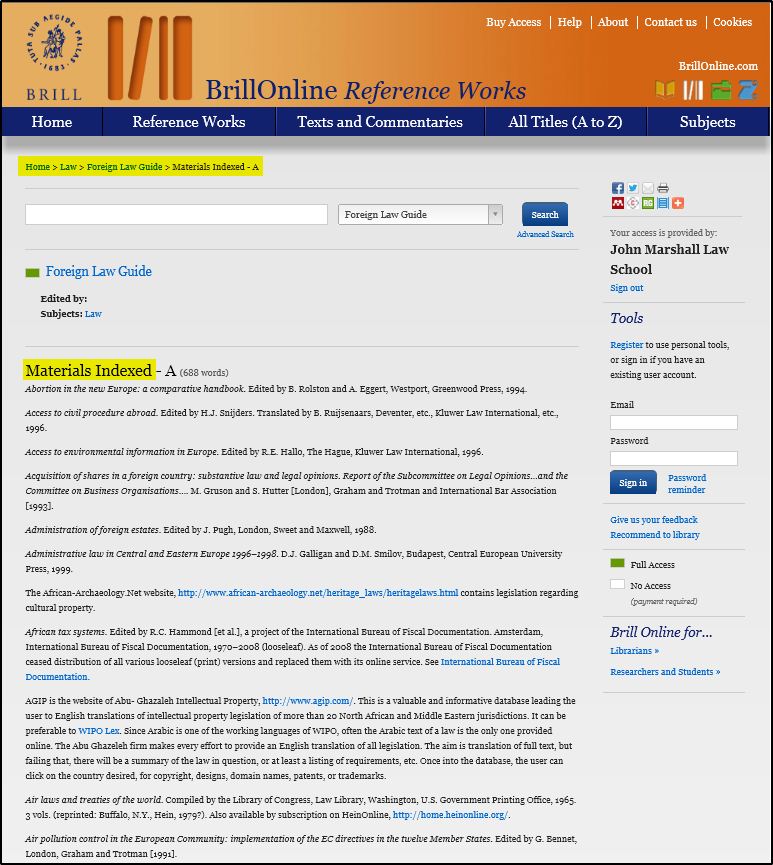 More information about using the Foreign Law Guide can be found under the Codes tab.

A collection of Research Guides written by law librarian country experts can be found at the Harvard Law School Library, LLRX and Globalex websites. These Guides describe the legal system of the country and are excellent starting points for general research. Links to the official governmental websites of the country are often included. 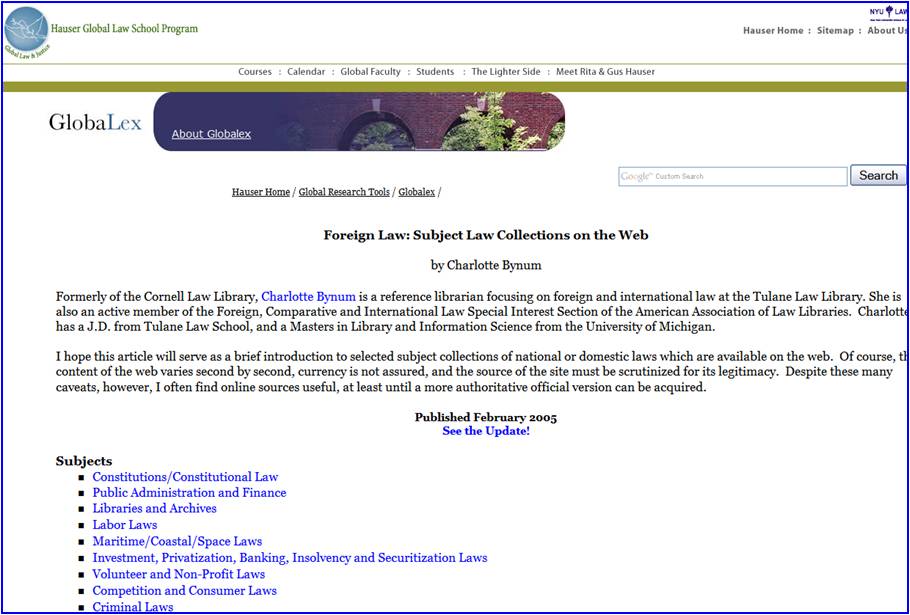