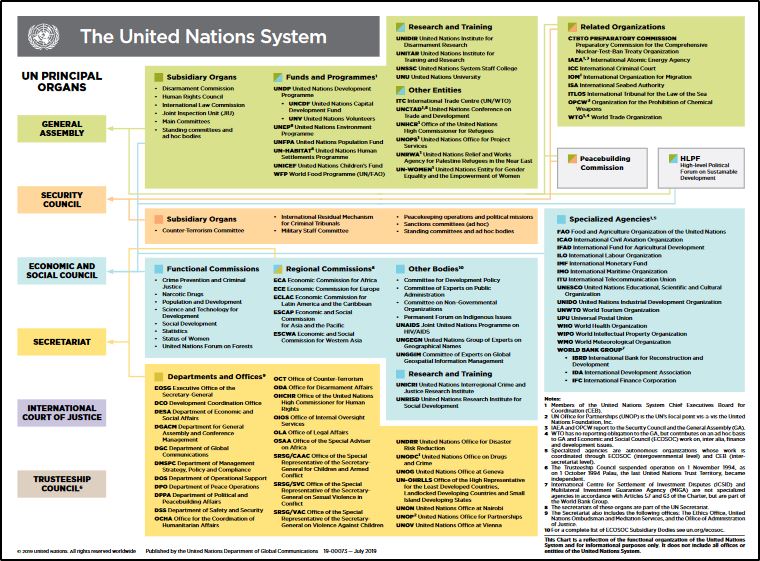 The United Nations is an international organization founded in 1945 after the Second World War by 51 countries committed to maintaining international peace and security, developing friendly relations among nations and promoting social progress, better living standards and human rights. Due to its unique international character, and the powers vested in its founding Charter, the Organization can take action on a wide range of issues, and provide a forum for its 192 Member States to express their views, through the General Assembly, the Security Council, the Economic and Social Council and other bodies and committees.

The U.N. is composed of six principal organs.

The General Assembly (G.A.) is the main deliberative organ of the UN and is composed of representatives of all Member States (192 countries).

The Trusteeship Council was established in 1945 by the UN Charter to provide international supervision for 11 Trust Territories placed under the administration of 7 Member States. The work of the Council has completed in 1994.

The Secretariat is the administrative organ of the U.N. It carries out the day-to-day work of the Organization. It services the other principal organs and carries out tasks as varied as the issues dealt with by the UN: administering peacekeeping operations, surveying economic and social trends, preparing studies on human rights, among others.

The International Court of Justice, located at the Hague in the Netherlands, is the principal judicial organ of the United Nations. It settles legal disputes between states and gives advisory opinions to the UN and its specialized agencies.  Its Statute is an integral part of the United Nations Charter.

Within the U.N. system, there are four other types of organizations:

These organizations are illustrated in the above chart and described in Winer, Anthony & Archer, Mary Ann. Public International Legal Research  (2005) (Winer).

A starting point for U.N. Documents research is the UN website itself. From the U.N. home page, click on the Documents tab and click on either the Official Document System or the U.N. Digital Library. 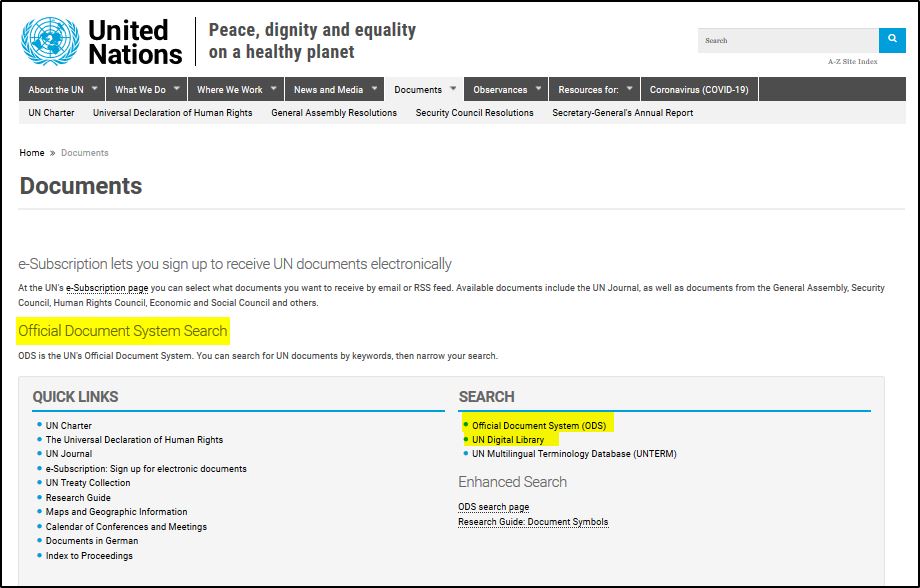