Unlike the ICTY and ICTR and earlier Nuremberg and Tokyo War Crimes tribunals which were established to to try crimes committed only within a specific time frame and relating to a specific conflict, the International Criminal Court (ICC) is the first permanent, treaty based, international criminal court. The ICC was established under the Rome Statute of the International Criminal Court, 37 I.L.M. 1002 (1998), 2187 U.N.T.S. 90. The Rome Statute entered into force in 2002 after ratification by 60 countries.

A number of special criminal courts have been established to deal with specific situations during a limited period of time. The decisions of these courts are another source of international criminal law and international human rights law. The decisions can be located at the websites of the courts themselves. In addition, find the scope of jurisdiction, treaty authority, procedural requirements and practice rules at these websites.

In addition, Westaw provides access to decisions of the ICTY and the ICTR in its INT-ICTY and INT-ICTR databases. 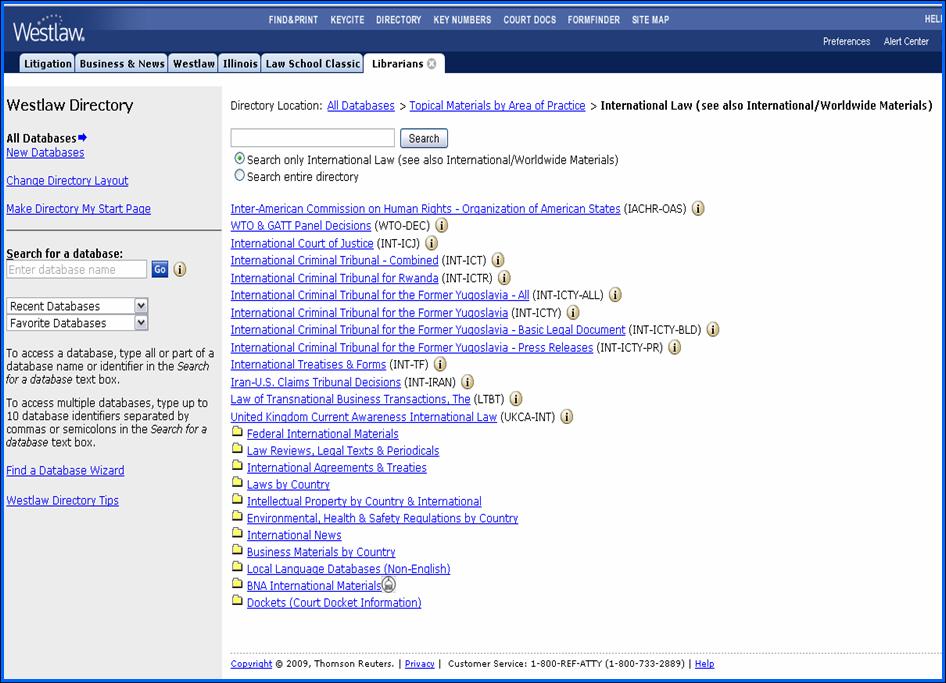 The wide range of possible sources for international human rights case law means that there is no place to find all these cases together. Hoffman & Rumsey at 218. However, one print source comes close. The International Human Rights Reports (IHRR), K3239.23 .I58 are edited and published by the Nottingham Human Rights Law Centre. They include decisions of the U.N. Human Rights Committee, the U.N. Torture Committee, the Inter- American Court of Human Rights and the African Commission of Human and Peoples' Rights. 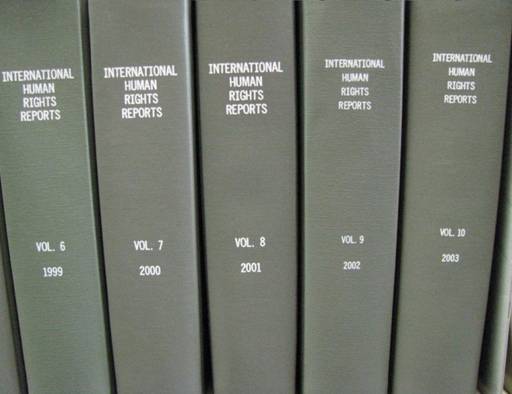 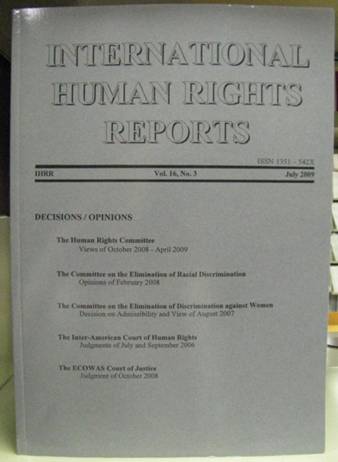 International Legal Materials (ILM) discussed under the Treaties tab as an unofficial source for World Treaties is also a source of selected international human rights and criminal law decisions.