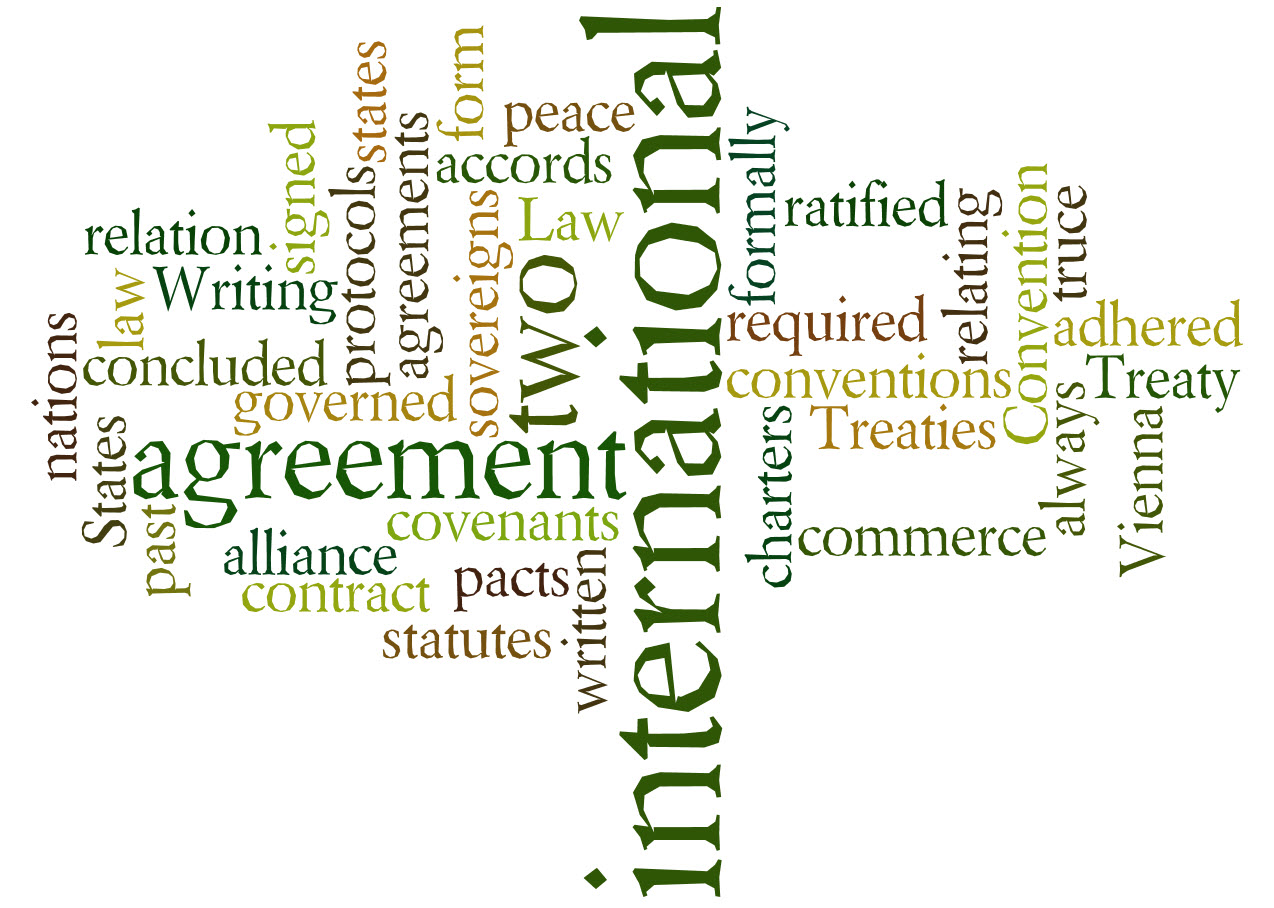 Treaties are a primary source of international law. The 1969 Vienna Convention on the Law of Treaties defines a treaty as "an international agreement concluded between States in written form and governed by international law, whether embodied in a single instrument or in two or more related instruments and whatever its particular designation.”

Under international law, there is no legal distinction between a "treaty" and a formal "agreement" between States. However, under U.S. domestic law, there are different procedures for ratifying treaties and agreements. George Washington International Law Review. Guide to International Legal Research. Sec. 1.02[2] p. 10 (K85 .G85 Reserve)

There are many similar terms which are used in different contexts, such as convention (a multilateral treaty of a law making type), charter (formal instrument i.e. constituent treaty of an IGO) and protocol (amendment or supplement to an earlier treaty). For further explanation of these terms, please See the United Nations Treaty Reference Guide.

Unfortunately, there is no single source for locating the text of all treaties. There are many different sources covering different types of treaties and time periods. When doing treaty research, it is helpful to know the following basic information: whether the treaty is bilateral (between two countries) or multilateral (between many countries), whether the U.S. is or is not a party to the treaty and the year of the treaty. The researcher can then determine which sources to use for locating the treaty. For purposes of this Guide, the term “U. S. Treaties” refers to those agreements to which the United States is a party, while the term “World Treaties” refers to those agreements to which the U.S. may or may not be a party.

Under U.S. law, the word “treaty” has an additional meaning. While the executive branch has the power to initiate, draft and negotiate treaties, the Constitution requires that the President obtain the advice and consent of the Senate before ratification of a “treaty” (but does not define the word “treaty”).

Treaties to which the U.S. is a party have the same status as federal legislation and constitute the supreme law of the land. Once the Senate gives consent to ratification, the final decision to ratify a treaty is still the prerogative of the President. The process of ratification is the sovereign state’s expression of its determination to be bound by the terms of the treaty.

In contrast, an executive agreement is concluded by the President under authority granted either by the Constitution, statute or treaty provision. For example, the President has constitutional authority to conduct foreign affairs and may enter into agreements pursuant thereto. Such agreements do not require the advice and consent of the Senate and come into force upon signing. International or executive agreements of the U.S. President are actually much more common than formal treaties. Treaties and executive agreements may be treated differently under U.S. law but under international law, they have the same legal effect. A good comparison of the treatymaking and agreement making process is available in Hoffman, Marci. Researching U.S. Treaties and Agreements (2001) and Hoffman & Rumsey, International and Foreign Legal Research: a coursebook (Martinus Nijhoff Publishers (H & R) K85 .H64 2008.

The State Department determines how an agreement is to be classified per its Foreign Affairs Manual. For the researcher, the distinction is primarily relevant for purposes of locating ratification history (somewhat akin to the legislative history of a statute). The Senate Treaty Documents, in particular, are among the more important documentation in the treaty ratification process. The Bluebook will accept citation to the Senate Treaty Document when no other official U.S. source (i.e. UST or TIAS) is available.

Since December 27, 1945, all U.S. treaties and international agreements have been published first in “slip” form in the Treaties and Other International Acts Series, known simply as TIAS (KZ231 .U55 no., 7th floor). TIAS took the place of two earlier series: Treaty Series (TS), 1908-1946) and Executive Agreements Series (EAS), 1929-46. Since 1950, the pamphlets issued in TIAS have been bound and published under the title United States Treaties and Other International Agreements, or UST (KZ231 .U55 7th floor). TIAS and UST are official sources for most United States treaties. Unfortunately, there is a long lag in publication in both UST and TIAS. As of now (March 2010), the latest UST volume is 1984 and the latest TIAS pamphlet is 2000. UST and TIAS Agreements are available digitally in the HeinOnline Treaties and Agreements Library.

As mentioned earlier, the publication of TIAS is currently more than 10 years behind. There are several alternative print sources that one can consult in an effort to find more recent U.S. treaties and international agreements.

In an attempt to make available those treaties and agreements which do not yet appear in UST or TIAS, Igor Kavas and Adolph Spudzs created a set of such agreements known as KAV Agreements. References to the KAV Agreements can be found using both the Current Treaty Index and United States Treaty Index. The Current Treaty Index is a loose-leaf volume containing references to the most recent treaties. Earlier treaty references can be found in the muti-volume United States Treaty Index, which is a consolidation of all U.S. treaties from 1776 to 2000. Each volume covers a range of KAV numbers and designated year. The full text of the KAV Agreements themselves are available digitally in the HeinOnline Treaties and Agreements Library together with UST and TIAS. Per the Blue Book, one may cite to KAV when one does not have a UST or TIAS citation.

While UST and TIAS are the official sources of treaties to which the U.S. is a party, the long delay in publication of these two sources has long frustrated researchers. Since the end of 2004, however, the State Department has been required by law (1 U.S.C. Section 112a(d)) to publish on its website those treaties and agreements that would be published in UST. Much of the treaty information at the State Department website can be found at the Office of the Legal Adviser under Treaty Affairs.Such information includes Treaties in Force, Treaty Actions, Multilateral Treaties for which the U.S. is a Depository and the Digest of United States Practice in International Law. 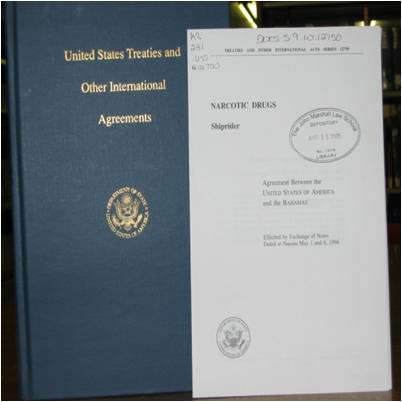 Historical U.S. treaties (pre 1950) can be found in Statutes at Large and Bevans, both of which are available in the HeinOnline Treaties and Agreements Library.

Volume 8 of United States Statutes at Large, KF 50 .U52 contains the texts of treaties entered into by the United States and foreign nations between 1778 and 1845. Volume 7 contains the texts of Indian Treaties for the same years.  Subsequent volumes contain the treaties for the years covered by the volume, with an index by subject and country in each volume. Beginning with Volume 47 (1931-32), Statutes at Large also contains international agreements. Volume 64 contains a cumulative index for the years 1789 to 1949, beginning in part 3, page B1107.

Another excellent source of treaties for this period is Treaties and Other International Agreements of the United States, 1776-1949 KZ236 1968 edited by Charles I. Bevans, and commonly referred to simply as Bevans.  Bevans is generally considered more comprehensive and easier to use than Statutes at Large. The first four volumes contain multilateral treaties and agreements, arranged chronologically. The next eight volumes contain bilateral treaties and agreements, arranged alphabetically by country. Volume 13 is a comprehensive index by subject and country.

The phrase "world treaties" as used in this Guide, simply means those treaties to which the U.S. may or may not be a party.

The United Nations Treaty Series (UNTS) covering 1946 to date, is the official source for many world treaties. Under Article 102 of the Charter of the United Nations, every treaty and international agreement entered into by a Member State of the UN must be registered with and published by the Secretariat. Therefore, UNTS is a very large collection of both multilateral and bilateral treaties registered with the Secretariat by member states, as well as those filed and recorded by nonmember states or international organizations.

Each treaty is published in its original language and, if necessary, in an English translation. There is however a delay of several years between the signing of a treaty and its publication. The United Nations Treaty Series has an index after every 50 of 100 volumes. Both UNTS and Indexes are available digitally through the HeinOnline United Nations Law Collection. The UNTS is also one of several databases available at the official U.N. website. Unfortunately, this website does not provide for searching by UNTS citation. The predecessor to the UNTS is the League of Nations Treaty Series which contains treaties registered with the Secretariat from 1918 to 1945. 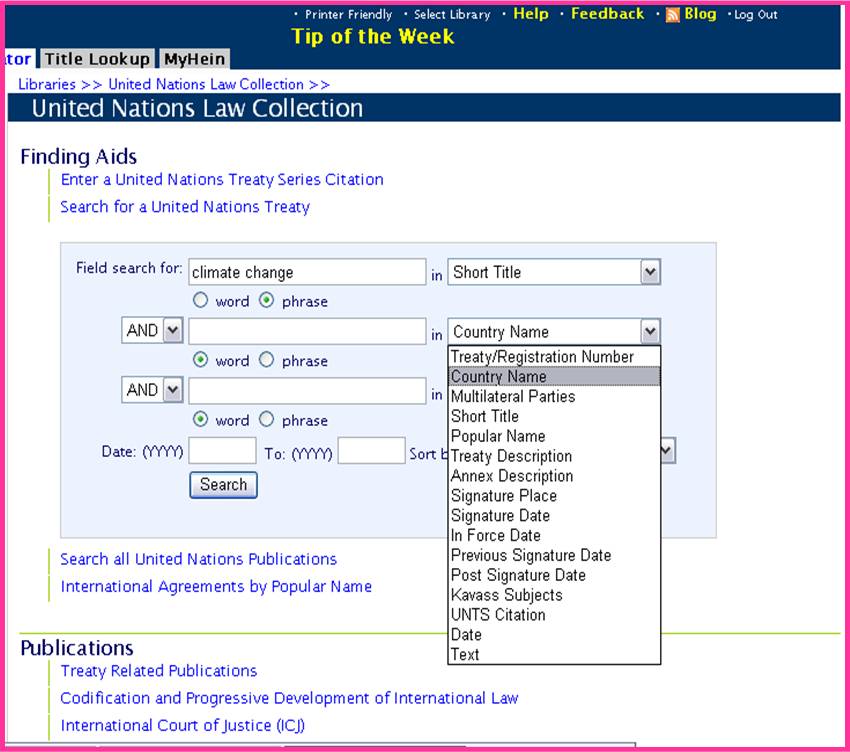 As its name suggests, ILM contains a mix of materials. In addition to treaties, it also contains selected cases from international tribunals as well as IGO documentation. 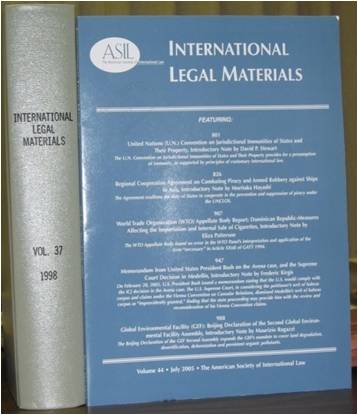 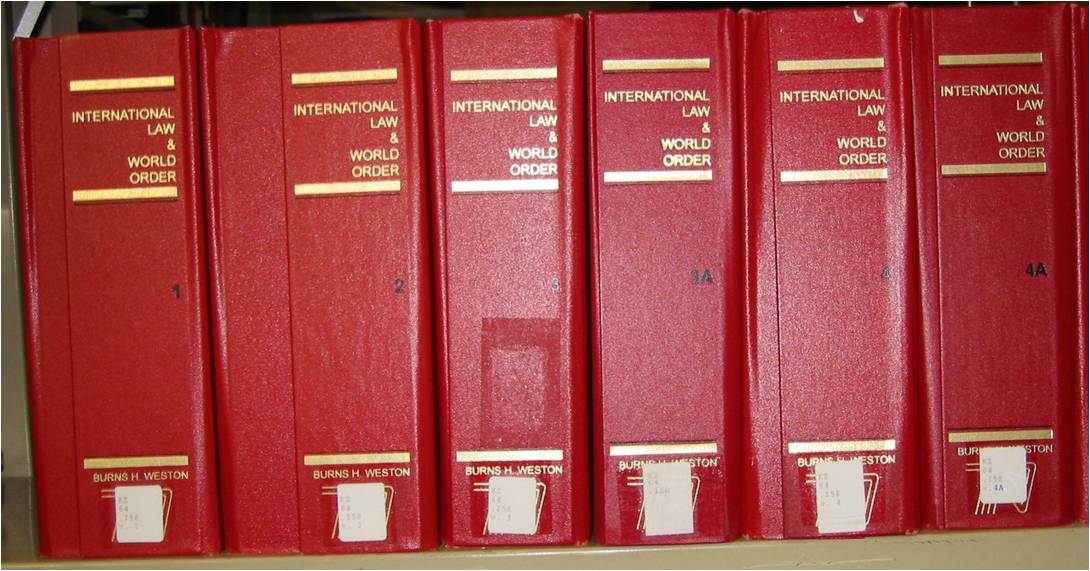 Historical world treaties can be found at the Avalon Project website hosted by the Yale Law School. 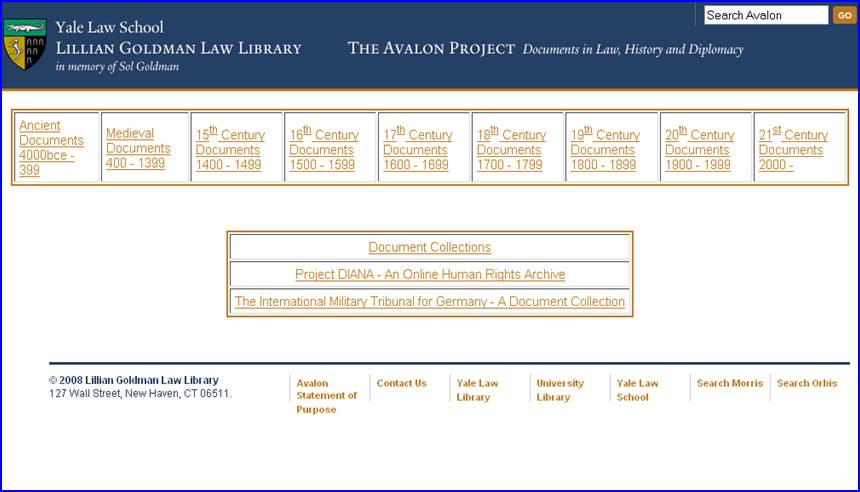 The texts of at least part (and occasionally all) of several thousand international agreements, conventions and treaties from the late 1800s until the present can be found in the Encyclopedia of the United Nations and International Agreements, KZ4968 .O86 2003. This Encyclopedia is also a useful resource for researching U.N. documents as discussed under U.N. Resources and Research Tools.

Treaties & Alliances of the World, edited by Nicholas Rengger, 6th ed., KZ4053 .T74 1995 provides a summary of and commentary on the principal world treaties and alliances over a 20-plus year span. Earlier editions were often referred to as Keesing’s Treaties. The arrangement is primarily by region, and the book gives a textbook-style study of the international system of agreements.

Current International Treaties KZ169 .C87 1984 gives a good one-volume selection of important modern world treaties, including text and commentary, thought it is not as current a source as its title would suggest.