The following encyclopedia is somewhat dated, but provides an excellent introduction to many U.N. related topics. The indexes include references to important resolutions, many of which are reprinted full text in the encyclopedia. 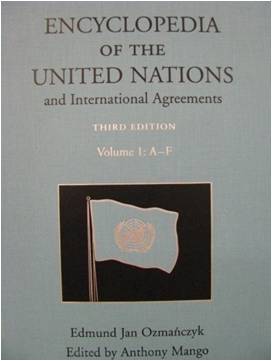 The Dag Hammarskjold Library website provides links to all the major U.N. research tools including its U.N. Documentation Research Guide, and the U.N. Digital Library an index of UN  documents and publications created by the UN Dag Hammarskjöld Library and the Library of the UN Office at Geneva, which serves as the catalog these Libraries.

UN depository libraries have the Official Records in print. Some libraries have UN documents in microfiche produced by the Readex company.The UN Documentation Research Guide is always a great starting point. It contains links to the UN Documentation Centre where you can find resolutions and documents of the UN General Assembly, Security Council, Economic and Social Council and Secretariat.For older UN documentation that is not available yet in digitized form, you may need to go to a UN Depository library. The UN depository libraries in the Chicago area are Chicago-Kent and Northwestern University in Evantson. 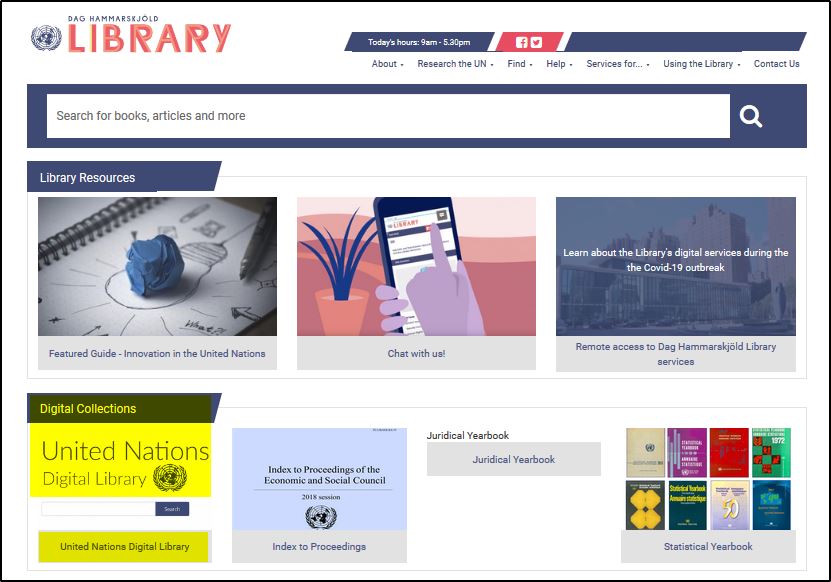 The U.N. Digital Library now replaces UNBISNET. It provides access to U.N. documents (which come from a U.N. organ and contain UN document numbers) and U.N. publications (which are for the general public and contain sales publication numbers). The U.N. Digital Library, like its predecessor, includes bibliographic records, voting data and speeches. The bibliographic records date from 1979 forward and include materials in both UN libraries in New York City and Geneva. Often these bibliographic records contain links to the full text materials. Voting records relating to General Assembly resolutions will soon date back to 1946. The index to speeches dates back to 1982. Speeches in the four organs (GA, SC, ECOSOC and Trusteeship Council) can be found using the meeting record symbol, if known, or name of speaker or country.

Also included are commercial publications and other non-U.N. sources held in the collection of the Dag Hammarskjöld Library. Coverage dates from 1979 onward. However, older documents are being added on a regular basis. The U.N. Digital Library also provides instant access to a growing number of full text resources in the six official languages of the U.N. (Arabic, Chinese, English, French, Russian and Spanish), including resolutions adopted by the General Assembly, the Economic and Social Council and the Security Council from 1946 onward

It is possible to run simple, advanced and authorities searches and then filter results by resource type, U.N. body and date. 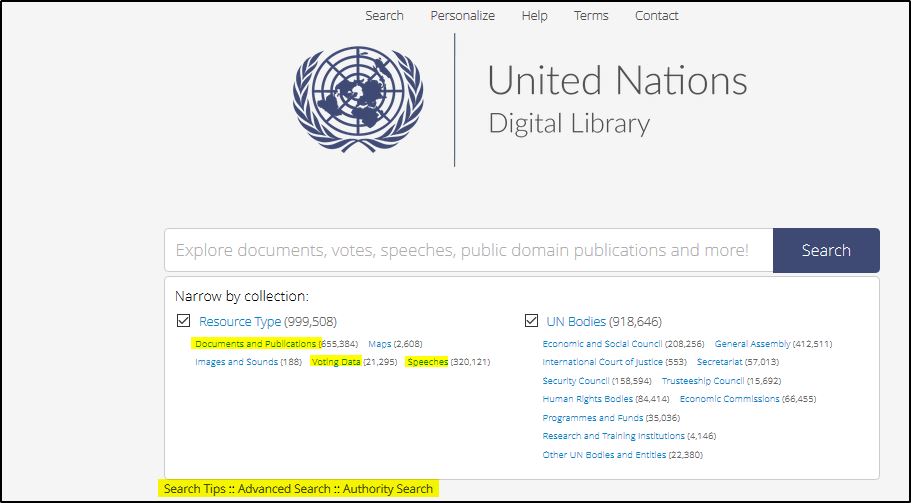 UNBISNET provides a thesaurus which can lead you from a keyword search to a more focused subject search. This can be particularly helpful when searching a broad topic like i.e. rule of law.

ODS (Official Documents System) is a full text database which started in 1992. It contains full text documents in all official U.N. languages. One can search by U.N. document number if one has the symbol. If not, use the U.N. Digital Library. It contains the same documents as ODS and offers greater search capabilities.